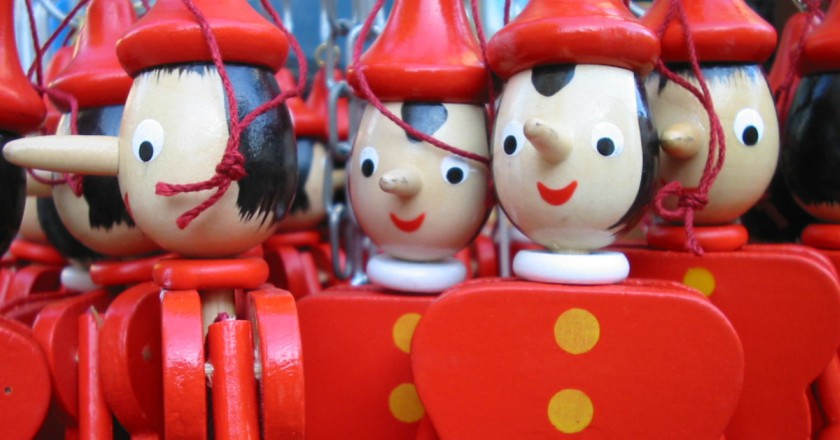 Why Would I Lie?

We’ve just had the most enormous security alert in the UK. And I’ve just seen Michael Chertoff, the US head of Homeland Security, who failed to inspire the world with his non-response to Hurricane Katrina, talking about what Washington knows! I’m feeling a little cynical. I thought I’d ask one or two cynical, satirical questions!

Do intelligence officers tell lies? Ok, yes, but that’s not what I meant. What I meant was, do they tell lies to the general public? OK, yes. I’m digging a hole for myself here. So, let me try again. How likely is it that, you, the person reading this, will get killed by a radical Islamist bomb? Extremely unlikely, unless you’re a soldier on a tour of duty in the Middle East, but that’s a different story.

Ok, so, if you’re not very likely to get killed by a suicide bomb, then why are suicide bombers all over your TV screen? I mean, why not have lotto winners, or successful astronauts there instead? They’re rare too. Of course the answer is that newspaper and TV editors know that bombs, babes and boobs sell stories. And, if you could find an article containing a bomber babe, with boobs, well, you’d become editor-in-chief by lunchtime. I can guarantee you that.

Now, in London the newspapers are short of editors at the moment, on account of the fact that some of them have just been arrested for placing illegal phone-taps on Prince William. They’re not very ethical, some of the newspaper editors in the UK. But, do they lie? OK, yes, they tap the prince’s phone, and they lie. But, do they tell lies about national security?

You’ve guessed the answer. Yes, they lie about security. They’re not alone. Who said Saddam had weapons of mass destruction, again? Oh, that’s right, everybody! Well, except Saddam. Did they lie about the Brazilian man who was shot in London Underground. Yup, I’m afraid that they lied about that too. OK, do newspaper editors and intelligence officers tell the truth about anything? Now, that’s a difficult question. The answer is probably no. But I don’t know that for certain.

So, now I hear you all saying, ok, Patrick, we get your point. There’s a lot of lying going on, what of it?

It’s not so much a point, as a question. And my question is, why does everybody lie so much, all the time?

The shooting incident in the London Underground is easy to understand. If I’d just shot this totally innocent guy, I’d claim that he was a terrorist. I’m not stupid! And the weapons of mass destruction thing? You think it was about oil, don’t you? You think it was all about the US Neo-Cons, the Project For The New American Century, the Iraqi oil supplies, and lucrative redevelopment contracts. It wasn’t! I tell you what all the lies were about.

Do you remember Colin Powell sitting with the United Nations Security Council and waiving a test tube at the assembled ambassadors, explaining how Saddam was planning to destroy the world?

I’ll tell you why Colin Powell did that: It had nothing to do with oil. If I’d invented this cock-and-bull story about Saddam’s desire to destroy the planet, based on nothing more that a PhD, stolen from the Internet, I’d have a war, just to take everybody’s mind off it! Then I’d resign.

Now, this is a sad conclusion. It’s very sad. And I’m almost sorry to make it! But I believe that many of the lies are simply told to cover up past mistakes! By the way, how did you, in the US, get on with that bogus plot to blow up Washington buildings, which came to light during your most recent presidential election? I think I’ve discovered a political motto. If in doubt, lie about it!