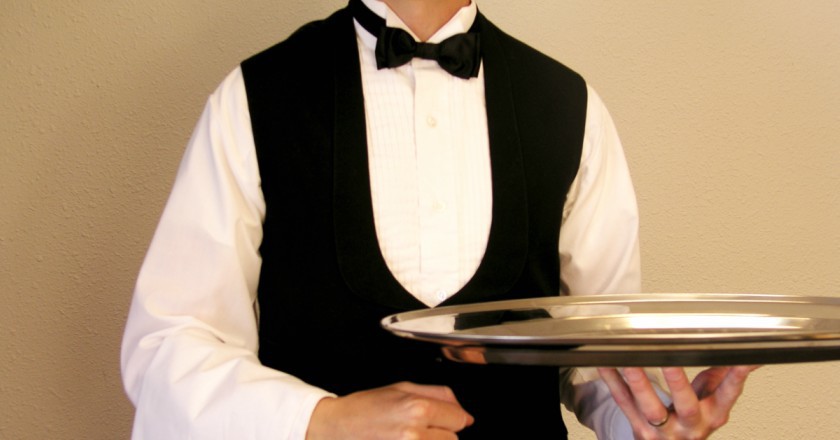 True Stories From My Days As A Cambridge Waiter

Did I tell you that I once met a famous rock-star?

When I worked in a hotel, someone told me to take a club-sandwich to Eric Clapton in the main bar. I took the meal down, on a tray, as you do. And I shouted out…

“Someone told me this food was for Eric Clapton, yeah, right!”

And a guy at the bar replied.

I don’t work there any more.

The establishment that I worked in was right opposite the Corn Exchange Venue, where rock bands performed regularly, and their musicians stayed in our hotel. Anyway, a friend of mine, who did room-service, asked me to cover a shift of hers because she was being sexually harassed. I said, “OK, nobody harasses me!”

So I took her food and drink order into the room where several people were cavorting in a king-size bed. And I said, “here’s the order. Which room number do you want me to put in on?”

And one of the guys replied, “We don’t want it on a room number. We only called for room-service so we could get that red-headed waitress into the bed with us!”

So I sat outside on the landing and ate the food myself.