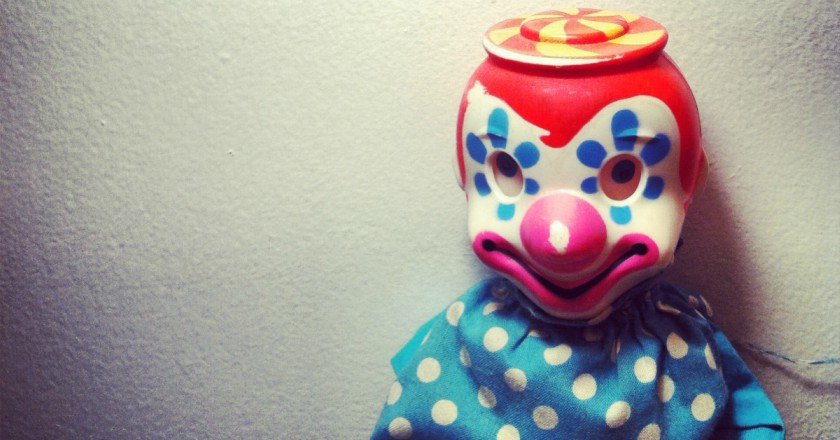 Bush rises from his seat and walks across the set.

Director: “Where you goin?”

Bush: “You said queue behind Camera One.”

Director: “No, George; Oprah’s coming on your show.”

Director: “George, this is it.”

Director: “Well, no, George. On talkshows people normally talk. If they sang, then they’d be called singing shows.”

Bush: “OK, but can we do that trick-thing, where you hide nickels under three beakers?”