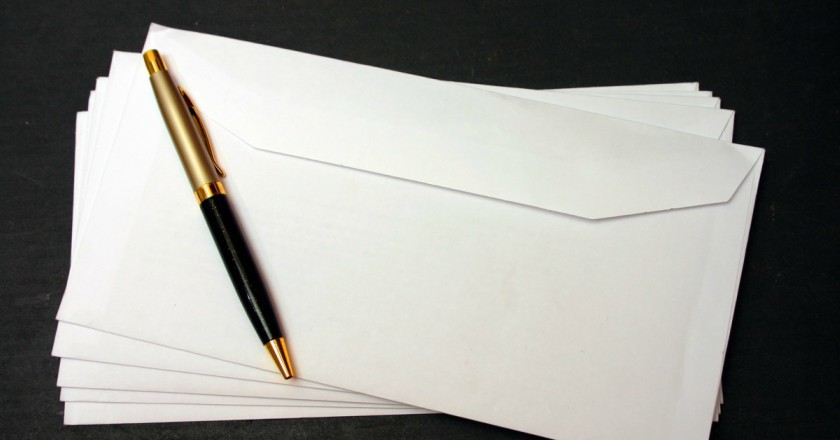 Find out how Nigerian scammers try their luck

This Nigerian scammers story was inspired by a real, hilarious event.

My name is Andrew. I work in a bank in North London. And you simply wouldn’t believe the number of times people ask me to give them money. Not just small amounts of money either. I’m talking about entire mortgage repayments, or refinancing of companies. I’ve been asked on occasions if I could allow strangers access to our accounts department’s records when the building has been closed for the weekend! I understand that at least some of those enquirers have since been questioned by our local police force. But you just wouldn’t believe the things that people ask you when they find out that you run a bank.

So, anyway, I wasn’t at all surprised when I received a letter from Nigeria asking for access to one of my accounts. It appeared, or so the author claimed, that he was the son of the deposed Nigerian leader General Aducha Swame. And, so he went on to explain, the Swame family had tens of million pounds in several Lagos bank accounts which they seemed eager to share with me. How delightful, I thought. And, considering the fact that I’d never heard of Obi Swame before, I also thought how kind!

I was a little tired on that day, and most fed up. My wife had recently left me, for the second time, and, on this occasion, I saw no prospect of her returning. I was sitting in my study fiddling and feeling morose. Ordinarily Obi’s letter would have been ripped into pieces by that stage. But this wasn’t an ordinary occasion. I looked again at the Nigerian man’s clumsy phraseology. YOU MUST REPLY IMMEDIATELY. I WAIT FOR YOU… and on and on in went. All in capital letters and promising greater riches with each and every sentence. Obi, I thought, you’ve caught me at a bad time in my life. And I’m afraid I’m going to have to make you suffer for it!

My aunt Grace was old. She had just returned home after a kidney operation. I’d remembered visiting her in hospital and smelling un-emptied bed-pans. It wasn’t a pleasant recollection, but it gave me an immediate idea. I can’t send you any money, I wrote, I’m in hospital having a kidney operation. But, when I get released I’ll wire several hundreds of pounds to any Nigerian bank that you’d care to mention. I must confess that I had a little chuckle as I licked my airmail envelope.

I knew that I had some old, Dutch Guilders somewhere. They’d be perfectly useless now, after the introduction of the Euro. But it pleased me greatly to imagine the expression on Obi Swame’s face when he received my useless money! It took me ages to find the Guilders. I even had to make several trips up into the attic. Eventually I discovered them in a suitcase at the back of my garage. It worried me to be sending money in the regular mail. Even the inclusion of deprecated bank notes made me feel uneasy. I know it sounds silly. After-all, here I was posting my cash to a swindler in Lagos, and fretting about the British postal system. But, I’m not saying that it made any sense. I’m just saying that that’s how I felt.

So that’s how a dishonest man in Lagos City came to receive four hundred useless Dutch Guilders from me.

MOOMEY MOONI. GIVE OBI MONEY, the West African insisted. OBI MUST HAVE MONI.

Well, Obi, I thought. You’re very rude and insistent. OK, I agreed. I’ll give you money. But, before I do, there’s something that you must do for me. Are you a handsome chap?

I’m sorry, Obi, I explained. I just can’t take your word for it. You see, my wife’s left me, and I’ve met a new woman online. She wants to see my photograph. And I can’t send her pictures of me, lying in a hospital bed with my wee running through a plastic tube, now, can I?

What am I going to do? I replied. Well, Obi, old friend, I typed. If you really are a nice looking fellow, would you be good enough to send me a photograph which I could use instead?

So Obi obligingly posted me a photograph of himself, dressed in a suit, and holding a bunch of flowers. YOU VERY SEXI WOMAN, he’d written. ILOVE YU VERI MUCH.

I must say, Obi did look quite fetching. And I felt almost sorry for the act of deception that I’d carried out. But, Obi himself had started our correspondence, and my pangs of guilt soon passed.

Obi, I wrote. You are a handsome devil, but I’m afraid the woman that I’ve met is rather a frisky filly, and she wants a picture of me utterly in the all-together. If it wouldn’t be too much trouble for you, could you send me one of those?

Now, by this point, I wasn’t expecting a reply. Naked photographs of Nigerians aren’t my regular stock-in-trade, and I had no great hopes that that fact would change. But I was wrong. In the middle of the following week I received a note from my new pen-pal.

ME VERI NAKED, he wrote. ME FRONT ME BACK. And, accordingly, Obi Swame had posted me several images of him posing, without a stitch of clothing on, but still clutching his bunch of flowers.

Now, I know that the political situation in Nigeria is unstable. The Nigerians seem forever to be changing one dictatorial figurehead with another. And, it seems to me, that such leaders are mindful that nothing should damage their reputation. It didn’t take me long to work out that the present incumbent called himself General Fuga. The new general, it appeared, was without a sense of humour when it came to matters of his personal appearance. As I’ve found to be commonplace in dictatorships the world over, the man at the top of society plastered his likeness on billboards all over town. Now this, I thought, was far too good an opportunity to miss.

Obi, I wrote, the woman I’ve met was most pleased with your photograph. But, unfortunately, like many women, she’s greatly turned on by the notion of power and influence. I think she would be stimulated by the sight of you, pretending to be me, of course, with no clothes on, standing in front of an enlarged photograph of General Fuga.

NO PROBLE, Obi replied. And rapidly he dispatched the requested scene.

That’s fantastic, I enthused. But there does appear to be something of a distance between you and the great man in the background. Would it be at all possible for you to find an image of him with an extended hand? And then stretch out your manhood, and pose so that your pride-and-joy appears to be being supported by the general himself?

And that’s how I came to have an image of a naked Nigerian’s errection being held out by a man in a military uniform. Now, I bet there aren’t many people who can boast of ownership of one of those! It doesn’t take long to look up the postal address of the Nigerian Presidential Palace. By the time I’d received Obi’s letter I’d already addressed my own missive to General Fuga. Being a newspaper reporter, I lied, I’m about to publish a photograph of you holding Obi Swame’s willy.

The phonecall which I promptly received from the Nigerian High Commissioner was extraordinarily polite.

“We’re very sorry to trouble you,” Doctor Ugama assured me. “But, do you think it would be at all possible for us to enquire as to how you came by this most curious of depictions of our president?”

“Why certainly you may!” I replied. “Obi Swame sent it to me in a letter, whilst he was attempting to swindle me out of enormous sums of money!”

And that’s the least thing that I heard from Obi Swame. I understand that in Lagos City there is a newspaper called The Telegraph. Someone did send me a clipping from it which reported the fact that one Obi Swame had been arrested on account of the fact that he’d been making disrespectful images of important people. But the article failed to mention the names of the dignitaries that Obi had upset.

The inspiration for this Nigerian scammers story: Turning the Tables on Nigeria’s 419 Scammers

Everybody knows that millions of bogus emails are sent from Nigeria every day. Most of these Nigerian scammers claim to have come from the son of a wealthy and formerly powerful West-African politician. These messages all contain instructions about how to obtain fabulous wealth, quickly and illicitly. They say “if you allow us access to your bank account, in return we will deposit millions of pounds into it, which you can keep.” Any gullible victims soon lose any savings which they had accumulated. Some frustrated dupes even travel to Lagos in an attempt to recover their missing cash. On arrival in Nigeria they are often beaten and sometimes killed.

This type of scam has its own technical term even: Nigerian 419 scam – 419 being the section of the Nigerian Criminal code that deals with fraud. Nigerian scammers became famous in the 1980s when they contacted gullible people in the West mentioning a Nigerian prince seeking to transfer a large amount of money.

But apparently some of the targets of these Nigerian scammers have started to turn the tables on them. One such true story of a conned con-artist is told here by the BBC. Nigerian scammers, we love you!