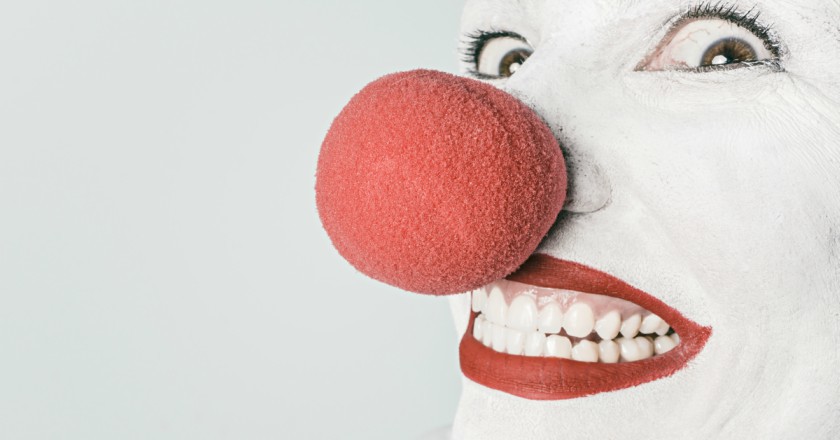 Based on a tradition of tech-hoaxes: (See footnote)

If you’ve never heard the expression ‘warporn,’ then you’ve never worked for a media company. It’s a fairly recent term, I’ll grant you, and it refers to the use, by media corporations, of warfare footage as a means of providing entertainment to the masses, chasing ratings, and attracting advertising revenue.

I’m a security analyst. Now, you’ll probably not be surprised to learn that men, and these days women, too, in my profession, read the newspapers. We tend to look most closely at the IT columns. But I don’t suppose there will be much surprise at that. When we read some of the things that journalists have written, especially about military technology, we can’t help but laugh out loud. The most amusing, current, story is a newer version of the old, fictitious tale of how Saddam’s telephone network was disabled by US Army InfoWar Commandos, with the aid of a software virus, some night vision goggles and a French Dot Matrix printer!

I laughed loudest at this tale, you see, because the person who fed that particularly bogus story to the media, was me! Why? I hear you ask. Well, partly because my section chief asked me to, and partly as a practical joke. It’s common wisdom around these parts that the media deserves everything that it gets. And, if you spent any amount of time behind the business portion of my desk, you’d see a proportion of the nonsense that we feed it. We’re this cruel because we feel that journalists of all kinds, but particularly techno-journalists, expect to be spoon-fed. We’ve research plants, training schedules, and endless production cycles. And, by contrast, they simply open their email clients and dispatch whatever gubbins that they find there upstairs to the editor. Of course, they never forget to append their personalised byline underneath!

Well, not to put too fine a point on it, we resent this lackadaisical behaviour, and, on occasions when the journalists misrepresent us, intentionally, or inadvertently, we tend not to forget! And, for some reason, the newshacks never suspect that they’re being set up. In really, it’s like shooting fish in a barrel. But, I’m afraid, although, of course we realise that the general public is bound to be misled. We story-feeders, if you want to call us that, also know that once a journalist has appended his byline, the buck stops there, in no uncertain fashion!

Now, there’s a tradition here. And, all I’m doing is following it. On April Fool’s Day, 2005, Clay Wilson at the Congressional Research Service updated his treatise on “Computer Attack and Cyberterrorism: Vulnerabilities and Policy Issues for Congress.” And, it has been noted that Wilson, in turn, was quoting from, William Safire, “The Farewell Dossier, “New York Times, Feb. 4, 2004.

Safire had claimed that the CIA had reprogrammed Supervisory Control And Data Acquisition software, and then allowed Soviet agents to steal it. It would be used to control gas pipelines, the CIA claimed. And, the result, in June 1982, according to Safire, was the most gigantic explosion in the Trans-Siberian Pipeline. Of course nobody ever heard about it, because the pipeline is in the wilderness, and the Soviets kept the accident a secret. Of course this report was bogus. Safire knew perfectly well that it was bogus, and I’m sure that Wilson knew it too. But the point isn’t what Wilson and Safire knew. The point is what the journalists on the paper knew. They didn’t know anything, and reprinted the story, hook, line and sinker!

In John Gantz’s version of the printer story, which he openly admits was a joke. He even tags the final paragraph with a reference to an April Fool. I don’t do that, I’m afraid. I’m much too mean. But, it’s as well to be aware of the fact that, around April 1st, in any year, it’s advisable to treat technical stories with a degree of scepticism.