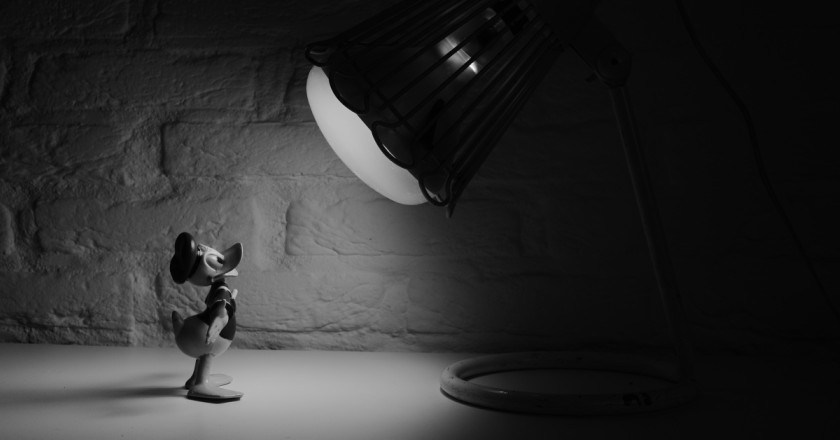 (Can you imagine what would happen if a British comedy star, as bold as Sacha Baron-Cohen’s Ali-G, was flown in specially, to relate to George Bush, because everyone else simply couldn’t communicate at a level that far down!)

‘Yo, Blair. How are you doing? See the irony is that what they need to do is get Syria to get Hezbollah to stop doing this shit and it’s over.’

Of course, like millions, I listened to the president, speaking with his mouth full. And I wondered if Hezbollah would ever stop doing this shit! You see, the trouble with this shit, as we UN diplomats often say, is that it has incredibly deep roots. Please allow me to apologise profusely for my unfortunate choice of phraseology. I’m actually no expert on the subterranean structures pertaining to matters of feculence, at all!

No-one heard the president say, “Dy’a know, I’m gonna check-out my homies, and we’z gonna mosie on down there and smack that bad dude, Sheik Hassan Nasrallah, upside the head!”

And, for that, at least, I was eternally grateful!

In the midst of all this turmoil we professional diplomats had been wringing our hands for weeks! I mean, what does one do, when the most powerful man in the world insists on behaving as though his brain is the size of a peanut?

Anyone who has access to a television knows that the whole world is in chaos. And, anyone also knows that the American president’s idea of winning a propaganda war is blowing up the Arab TV station, Al Jazeera, on account of the fact that he disapproves of its messages! Intelligent international analysts have long since concluded that it’s impossible to reason with anybody who habitually volunteers suggestions as asinine as that! I spent a minute engaged in lateral thinking. My conclusion was that we urgently needed to find a character who could speak the American president’s own moronic language!

Now, being a Texan rancher, back in the days of 2001, “we’re gonna smoke ’em out,” came naturally as an expression to the lips of the Leader of the Free World. But, the world, now, knows that those John Wayne impressions fell flat when the president’s entourage failed to smoke out Bin Laden. And the US State Department quietly returned the president’s smoke machine to the hardware store, with a note attached, explaining that the gadget had been re-judged, ‘surplus to requirements.’

For urgent talks with such a president, and, with World War Three emerging on the horizon, I resolved to call a Cambridge University graduate, an immensely clever man, may I say, who specialises in social satire.

The Foreign Office, in Whitehall, which has been at its wits’ end for several years, agreed to fly my comedy messenger out to Washington, instantly. They paid for all of his expenses. And, the FO even dispatched a diplomatic limousine to fetch him!

As an aside it’s necessary for me to inform you that the man I chose is a professional, London comedian: For his world famous act, my messenger always dresses himself up in a costume comprised of the most obnoxious bling. You know the kind of stuff: shell-suits, chunky gold chains, oversize sovereign rings, and the like. And, of course, he habitually wears sunglasses on stage! Which, owing to the paucity of light, on occasions, necessitates his bumping into items of thespian furniture!

The King-of-Bling would relate to the President-of-Yo in a way that no other earthly man could ever do. Now, I must tell you this: The King-of-Bling swaggers. It’s part of his comedy act. And he flicks his hands across his body, the way American home-boys do, when he’s talking, in order to add emphasis. “You know what I’m sayin’?”

So, that is how the King-of-Bling swaggered up to the US President, in the Oval Office. “Yo, Prez,” Bling said. “What-up?”

The president teetered out from behind his desk, in the fashion of a constipated penguin. “Yo, Bling,” he replied. “How is all your Londonians?”

The two men did high fives.

“I gotta tell you, Prez,” Bling said, confidentially. “I seez you, in a Christmas video, looking unda diz desk for dem big rockets.”

The president then looked confused. “Nah!” he blurted. “Ain’t bin no huge rocket in diz room since Monica Lewinsky swallowed it.”

“I is gonna smoke out Bashar al-Assad, and give dat lucky punk six slugs from my Forty-Five,” the president replied.

The King-of-Bling stepped backwards upon the Oval Office’s eagle-headed carpet. “You sure is got a nice one, Mr Prez,” he agreed. “But, Bashar ain’t no college intern! If you whips your weapon out, he ain’t gonna go down on his knees.”

Again the president looked confused. “Den what is I gonna do?” he asked, in dismay.

“Well, I ain’t no prez of no big country, an all,” Bling conceded. “But, all I know, iz dat my homies don’t like it when der houses gets crushed up. An’ we ain’t gots no beaches killin’ families, like wot’s in Beit Lahia. So, me word iz do the beach thing, cool. You know what I mean? An’ do da house thing. And me word iz everything’s gonna work out OK.”

The president began to smile. “Catch you later, Dude!” he cried. “Wish Condi could talk like you, man! She keeps using all these big words that I don’t understand!”