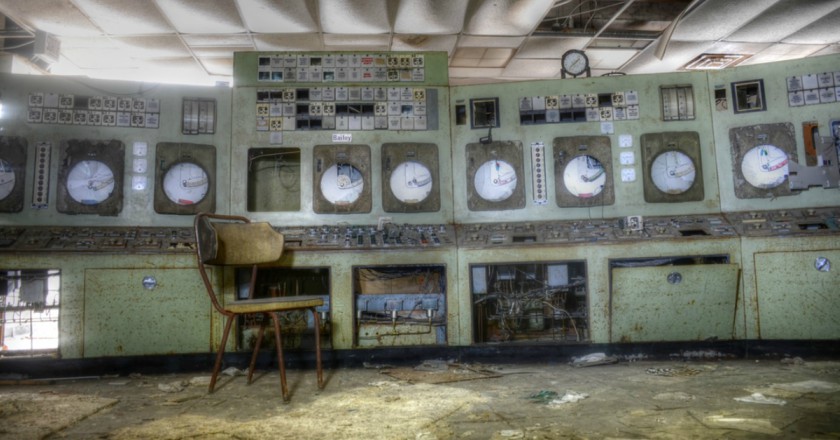 Who Deleted My Battleship?

Hilarious Tale of Woeful, Warlike Computing. Who Deleted My Battleship? Was it you?
This is what happens when you use Windows NT to run a battleship!

(Based on a true story: See footnote)

This is a cautionary tale for those of you who’ve never been in the British Navy. We have an incredibly proud tradition of warlike seamanship, much of which is traced back to the heroics of Admiral Nelson, at the Battle of Trafalgar, in 1805. But, I must not digress; that’s another story.

So you won’t be surprised to learn that, as a sea-captain, which as I’m sure you know, is a responsible office, in Her Majesty’s Navy, I, and several of my fellow seamen, was asked to travel to the United States of America to witness the transformation of one of their pre-eminent battleships, The USS Yorktown, into a fully digitalised warrior-of-waves.

So far, so good. Lucky chap, I hear you say. And, thus far, I find myself agreeing with you. Our trans-Atlantic flights were pleasant enough. Perhaps I should point out that we’re not as lucky as some of our erstwhile friends in Politics, who habitually co-opt Her Majesty The Queen’s Flight for such appointments. I’m afraid that I, and my fellow adventurers had to make do with passages as steerage aboard a US transport plane, leaving on a routine logistics mission from RAF Mildenhall.

Our transfer to The Yorktown herself was uneventful enough, and I shan’t bore you with the details. Suffice it to say that by noon, on the day after our airlift, I, and eleven other British Naval officers, was stowing my mess-kit in a pristine set of steel cupboards, in my berth, aboard one of the finest battleships in the world. Well, I must say, I was delighted. And, though not much was said, there were many broad smiles among my group as we assembled on the upper deck at the captain’s request for an honourable tour of the vessel.

We didn’t have long to drink our toasts and engage the spirit of our new-found friends. I’m sure, as you can appreciate, we serving officers have much work to do at home. So, for those reasons and others, we only joined the Yorktown on the eve before she set sail.

At dinner there was much frivolity, as is customary on a warship in times of peace. If you’ve not seen a naval captain’s cabin, you must understand that it’s a thing of beauty, let me tell you that. Its walls are panelled. And pictures of great seafaring men and their deeds hang all about. Great trestle tables sport gleaming silverware. And well-polished men, in white, gilded and braided mess-undress uniforms attend to their positions for the captain’s inspection. Invariably he instructs his guests to be, “at ease, gentlemen,” and shoulders may all slide a little once that order has been given. But, that this is a formal dinner engagement should never be forgotten.

After an excellent dinner and a modicum of fortified port wine, I slept soundly in my bunk. And, I must inform you, that I was a little disorientated when I awoke in the midst of our military manoeuvres.

We had an open invitation to join the captain on the bridge. I’m sure you’ll understand that our task as naval observers would have been greatly hampered had this not been the case. When fighting-the-ship, as it’s known, it’s customary for battle-dressed men to stand to action-stations, and for officers to maintain their watches. We British visitors were mindful of the fact that in our case neither of these duties pertained to us. However, we were anxious to give the impression of being serving officers, during an engagement.

And, so now that I’ve acquainted you, both with myself and my situation, let me tell you then the cause of my astonishment. Things began to go seriously awry when the Mark Manners, First Missile Officer, shouted out “Ahoy there, shipmates! I can’t see my ship!”

“What do you mean, you can’t see the ship?” a tactical officer replied. “It should be apparent to all on board that you’re standing on her deck!”

“No, look!” cried Mark, pointing into his view-finder. “There’s no ship here, look!”

Of course we all did look. And Mark was right. His gunsight, which should have displayed the USS Yorktown’s upper missile deck, actually showed nothing at all.

“What have you done with it?” the tactical officer cried. “Those guns were there an hour ago!”

“How do you reboot a weapons system?” Mark asked.

Error, the system said. Weapons not found. Would you like another system?

“This is a friggin’ battle!” Mark cried. “How the hell can I use another system?”

As Mark Manners hammered on his weapons console, the entire ship came to a halt. The captain appeared on the weapons deck.

“Ok,” Captain Riggins said. “Which one of you jokers broke the new computer?”

“What do we do now?” Captain Riggins said. “The engine won’t start without the computer!”

That’s not good, I thought.

“How many of your men can swim?” I asked.

It’s a sorry sight to see a whole battleship’s crew and its guests stripping down to their underpants and putting on inflatable, rubber armbands. I held my nose. I hate jumping into cold water, especially from the deck of a battleship. It’s an awfully long way down from up there.

And so, that’s the story of how several hundred highly trained, American naval officers, and twelve of their British guests, came to be mostly naked, and swimming about aimlessly, in the Atlantic Ocean, off the coast of Cape Charles.

Moral of the tale:
There’s just one necessary word of caution to add. If you ever get put in charge of an American battleship, especially one called USS Yorktown, don’t install Windows NT on its control systems. And if you do, never, ever, ever ask them to divide by the number zero. Because, if you do, you’ll have to strip off to your underpants and jump into the water!

Footnote:
In September of 1997, the USS Yorktown died in the water when its network of NT machines experienced a cascading failure due to a divide by zero. The Navy’s Smart Ship program was meant to reduce the number of people needed to operate a ship.