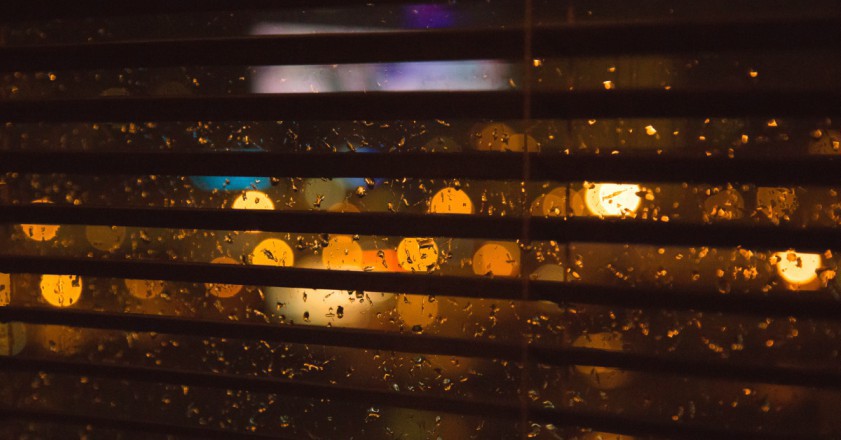 Read my short story about naked girls. The promise of naked flesh is intriguing to most men. It’s what might happen next that interests me in this satire.

I don’t know that much about naked girls generally. You see I’m not one of those myself. And so, as you can imagine, I did have a few problems when a number of them started to disorganise my hotel.

Perhaps I should explain myself a little. You see, the girls weren’t actually in my hotel; they were across the street. But unfortunately their showering-room was at the same height as the windows of my main bar. And, of course, my drinking guests could all see directly into the ladies’ bathroom.

Well, as you would expect any proprietor to do: When I noticed the first commotion of tipsy gentlemen pointing through my windows, I took myself off to see what had caused so much fuss. And, you’ll understand my dismay, when I caught sight of a bare, young female in the room across the causeway, in the midst of her ablutions.

Post haste, I set off across the street to register my objections.

“You can’t go around being naked,” I said. “You never know who might see!”

One young woman, I later found out that her name was Carol, invited me inside the house.

“I can’t stop,” I explained. “I’ve got a hotel to run. But please would you instruct your friends to put some clothes on?”

Carol had a winning smile.

I didn’t quite understand why the young damsel was re-inviting me, when I’d made it perfectly plain that I was busy. I didn’t answer her question. And I hurried back to see my guests.

By the time I reached my lounge bar, even some of my staff had taken to gawping through the window. One customer had even tucked himself in on the wrong side of the counter, and, was not only preparing drinks for himself, but for everybody else as well.

I shooed the bar-staff back to their positions. I would have liked to take some firmer action with them. But, it was rapidly becoming clear to me that I would need every worker that I had.

I knew a police sergeant. He was actually my ex-brother-in-law, but that’s another story. I was desperate by that stage. So I called him on the phone.

“Carl,” I said. “These women are naked. Isn’t there something you can do?”

“Like what?” Carl replied. “I don’t think I’ve got any clothes which would fit them.”

“Well,” I urged. “Can’t you cover them up, or take them away, or caution them, or something?”

“Are they in a public place?” Carl asked.

“And, are they looking at you, or are you looking in on them?”

At that point I struggled. My former brother-in-law was clearly not prepared to offer me the help that I needed.

I once tried drawing the lounge curtains. But that did rather make the room look as though it was being used to host a wake. And, in any case, my guests took to assembling in one corner, and lifting up the drapes, so that they could peer out underneath.

I was at that point that Carol appeared in our doorway. She was perfectly well dressed. And I must say, she even looked rather chic. I was the only person who recognised her. All the men in my bar looked chastened. And they hastily retook their seats.

“Isn’t it rather dark in here?” Carol said, flicking her head towards my curtains. “Why don’t you let a little light in?”

“Now’s not a good time for that,” I cautioned. “What can I offer you to drink?”

I’m I realist, you know? I knew that I was beaten.

“OK,” I said. “What the hell? What harm can it possibly do, that hasn’t already been done?”

And so I crossed the floor and pulled back my heavy curtains.

Now there wasn’t only one naked girl across the way. There were several of them.

“It’s not a drink that I need,” said Carol. “What I really need are naked men.”

“I’ll go!” one of my customers volunteered.

And, within no time at all, my bar was completely empty. Minutes later I watched the men appearing across the way. I saw one of them lifting his pullover off. And then Carol drew her blinds. That’s odd. I thought. I wonder why she couldn’t have done that earlier. I scratched my head. And then I set to straightening out the room.

By midnight none of my guests had returned. I started to get a little worried. I told myself that if they hadn’t made it back in half an hour I’d go and have a look. Thirty minutes later they still weren’t back. I pulled my jacket on.

Carol’s door was open. I pushed it. The house was silent.

Still I heard nothing.

At least I ventured into the showering room. And there, on rows of long benches, covered from head to foot in paint, I found all my naked customers.

It wasn’t long before I realised that the poor man couldn’t move at all. It took me and my ex-brother-in-law several hours to clean the men up and un-glue them from the benches.

“What the hell were you doing?” Carl asked.

“The naked women said that it was art!” one victim replied.

“Art?” Carl snorted. “Con-art, more like! What have you done with all your clothes?”

“Well, that’s the thing!” the naked hotel guest replied. “The women said that our clothes would spoil the picture. So, while they were covering us with paint they took our clothes next door.”

In the end I was eternally grateful that I’d kept all my staff that night. They ferried sheets and blankets over, so that we could wrap all Carol’s victims up and transport them back to my hotel.

And, that’s the story of how I came to be sitting among a dozen or so fleeced men, in a hotel bar, in the early hours of the morning.

“Give me a list of what’s been taken,” Carl ordered.

Carl’s inventory was impressive. We had managed to lose a small fleet of cars, a dozen wallets and four solid gold watches.

“Next time you see naked women across the street,” Carl told my customers. “Be good men, and close the curtains!”

Did you like my short story about naked girls? Why don’t you read another of my satirical pieces, such as this one: